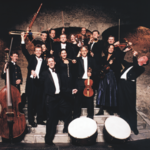 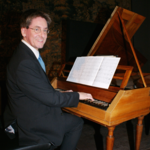 In 1992 the Salzburg musician, Wolfgang Brunner, founded an ensemble named Salzburger Hofmusik in a variable form, starting from trios to orchestras. The programs mainly include works from the 17th to the early 19th century, the music of the court orchestra at the Salzburg prince archbishop’s sets priority of the repertoire. re*creation has supported the ensemble in the field of public relations.

The visitors were exactly our target group. Perfect! The event itself was short and effective. It was also very well developed, thanks Renate!

Your recommendation was perfect – the ensemble "Salzburger Nockerl" performed sensational! The atmosphere was extremely good, the audience began to dance.

On behalf of the NOVEO Conseil’s team, I wanted to congratulate you for the wonderful program you designed, for your kindness and for your exceptional service! This event was a complete success, and we owe you that 100%!